This past weekend was a fantastic weekend. It started out bright and early Saturday morning to get ready for the Step Up for Down Syndrome walk in Cocoa. We met at David's parents' house and drove together at 8am to meet up with Meredith and the kiddos. :) It was a lot of fun, and the weather was absolutely perfect! We got to spend a lot of time with the kids, walk for a good cause, eat yummy foods, and play a few games. 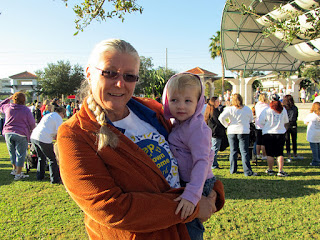 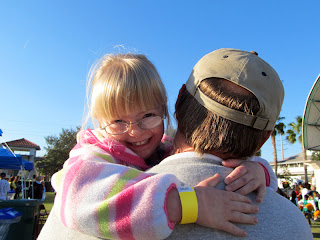 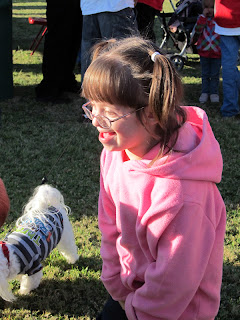 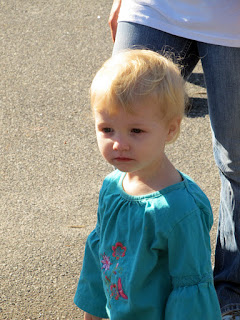 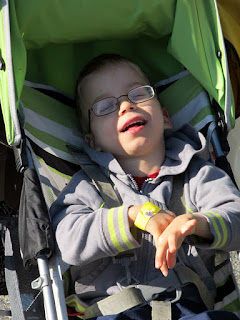 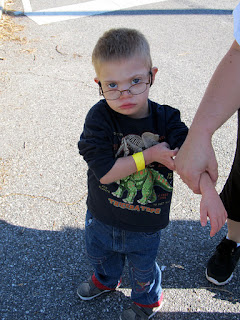 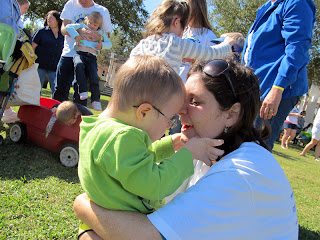 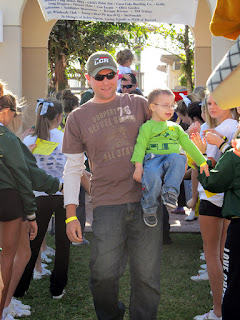 Then just a few hours later, it was time to head to my parents' house for my baby shower. :) The turnout was great and we ended up with a lot more than I ever imagined. It was so great to see everyone, and a few special ones came from south Florida to see me too. :) 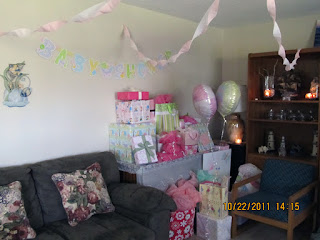 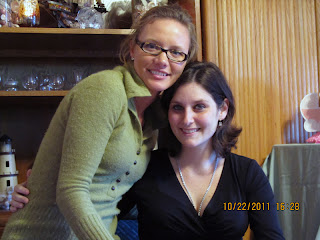 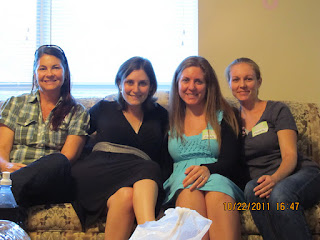 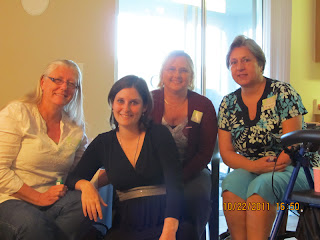 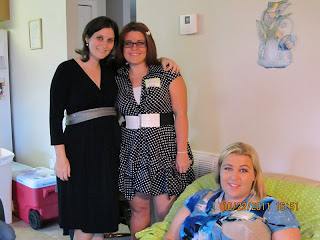 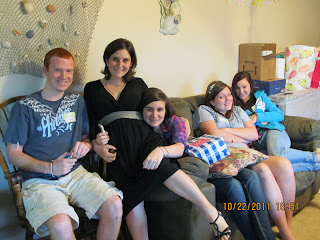 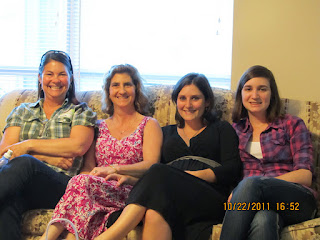 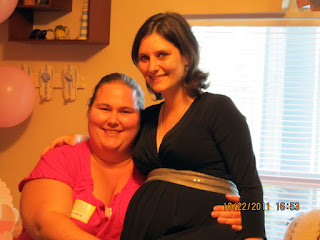 Sunday I went to the Florida Mall with Douglas and Renee, and had a nice time. I found a pair of work pants and a $6 purse that I really like. All in all, a very good weekend!!
With Love: Erin Pocock at 12:39 AM No comments: 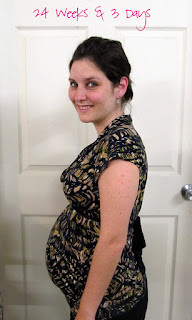 Sophia is moving more and more each day, in fact, she's bouncing around as I type this. Each day I get more and more excited for her to get here. I've been super lucky to have our friends and family to be helping get us prepared for her arrival. This weekend David and I, as well as his mom and two sisters went garage sale hopping on our old neighborhood. I managed to get several maternity items, several new baby outfits, and some bottles. Then this Saturday is my baby shower, so it'll be excited to see what else we get, and figure out what else we'll need to get. David and has been hard at work on the crib, and so far it's coming along great. I can't wait to see the finished product!
Also, it looks like we will be moving soon! Well, soon being in the next month and a half or two. But we're very excited and very grateful. We'll be moving into a house that will actually fit the three of us, and give us a little room to grow.
Also, I got a job! It's part-time, which actually works out perfectly. It's back in a law firm, which I absolutely love, and missed. Again, I am very grateful. Today was my first day, and I'm excited to be out and back at work, and to feel of some use again. But at any rate, that is the update for now!
With Love: Erin Pocock at 10:18 PM 2 comments:

So today was a pretty productive day. :) I got up early and met up with my mother in law, Marj, to go check out a garage sale that I'd seen advertised online that said they had a bunch of baby stuff. They had a ton of clothes. We ended up getting Sophia a bag full or outfits that are super cute, as well as a carrier (the kind you put over your shoulders). She also found several things for two of my nieces. :) So that was pretty neat. I'm planning to try and hit up one other tomorrow morning in their neighborhood that says it has a ton of baby items as well. So fingers are crossed that it will be just as productive.
In other news, we're keeping our fingers crossed in hoping that we get some good news come next week. We've been in the process of trying to get a house to move into for when the baby comes for the past few months, and it's been exhausting during the waiting period. But good, bad, or ugly, we will know for sure next week. I'm so anxious about it all. But we are hoping for the best regardless. Tomorrow David and I are gonna go look at another, so that'll be exciting.
Also, next week is our 24 week checkup, so that too will be exciting. :) Not having another ultrasound done for a while, but we'll get to hear her little heartbeat again and will have another class. I think this one is on the first stages of labor. Can't remember off hand. I definitely look forward to going to these though and meeting with the other mommy-to-be's that are all due at the same time. :)
With Love: Erin Pocock at 11:51 PM No comments:

So yesterday all our hard work, pained hands, and rushed craftwork came to an end. Yesterday was the annual Mims Mullet Festival. Haha. It was a lot of fun, albeit a little hot, despite the changes in temperature this weekend. We didn't do amazingly well, but each of us sold at least one thing, and David, Renee and I did pretty well. My family came by, as did David's, so that was kind of nice, and I got to see a few people that I don't get to see too often.

Here's a few pics from our adventure. 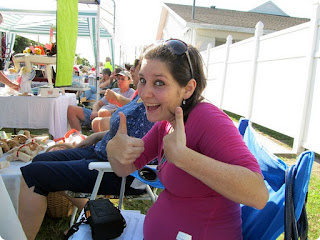 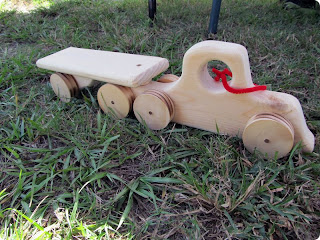 One of David's trucks that he made 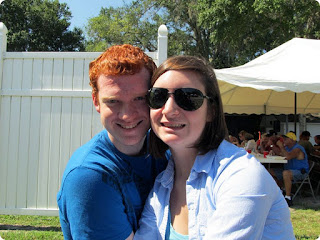 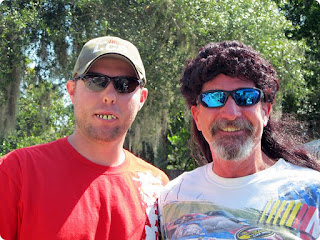 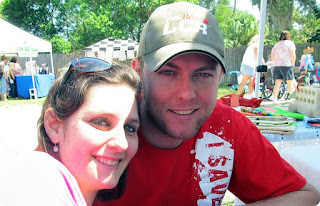 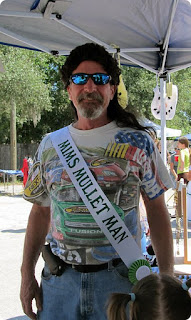 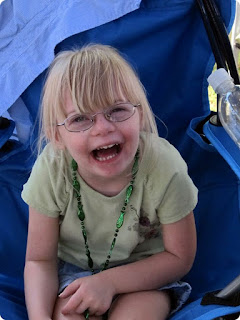 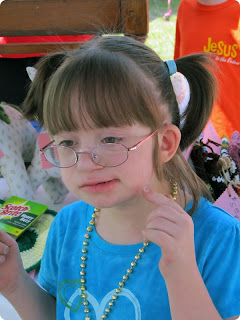 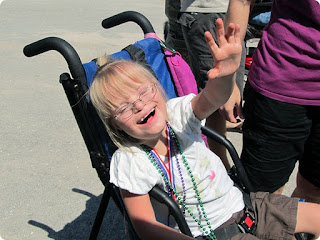 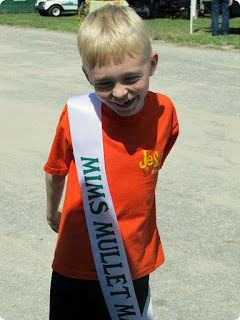 My nephew Kristopher
Then after the festival, we headed to David's sister's house, Meredith, for a nice game night. Unfortunately, we were only to stay for about an hour because we'd had prior engagements, but it was fun none the less. It was a cute game we'd never played called Bubble Talk, where you are given a picture, and have these little cards with captions on them, and you have to use the one you think fits best, and whoever the judge picks as the best fit, wins.
Afterwards, we headed out to Fishlips in Port Canaveral for my friend, Aaron's, 28th birthday. It was a beautiful night out. It was chilly, and windy, and perfectly fall-like. We all ended up on the upstairs deck over the water, and it was nice. :)
Today David is helping out our brother-in-law with some screen work that needs to be done, and I'm most likely going to end up relaxing somewhere, watching the Jags football game and working on crafts. :)
With Love: Erin Pocock at 2:28 PM No comments: